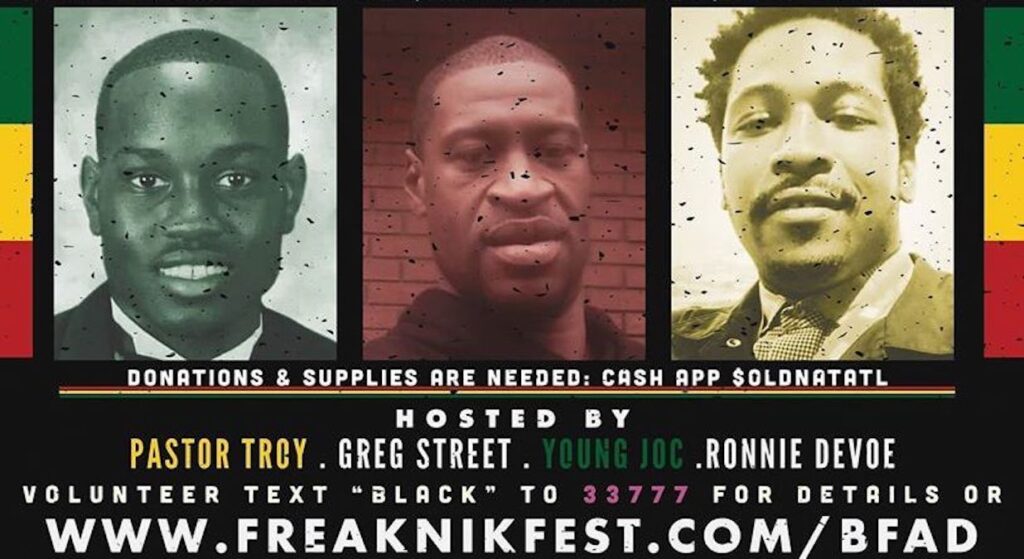 South Fulton organizers have planned a march following the deaths of Ahmaud Arbery, Breonna Taylor, George Floyd, Rayshard Brooks and many others. The Black Fathers Are D.O.P.E. (Dads Overcoming Pressure Everyday) march will kick off today, Father’s Day, at 5 p.m. on Old National Highway. It will be followed by a rally and Juneteenth block party.

The event was initiated by South Fulton resident and FreakNik CEO Carlos Neal on what would have been the 2nd revival of the Atlanta-based festival.

“This weekend, we were scheduled to do the 2nd Annual FreakNik Festival but due to COVID-19, we rescheduled it to September 18-20,” said Neal. “However our commitment to the community has never waivered. In the wake of the police brutality, systematic injustice, discrimination, racism and the global support of Black Lives Matter we decided to celebrate by uniting the community for a rally and a march in the City of South Fulton.”

“So many artists are asking to be a part of this event,” said Tomlinson. “They are fathers, too. We want to unite the Southside and set a positive example for our community.”

Neal’s call to action for the march and rally is for Black men to get more involved in the civic life of their community to push for reform in policing, elections and minority contracting. Councilman khalid says South Fulton has an obligation to be at the forefront of these issues.

“We should be leading on issues that impact Black people, from COVID-19 and health disparities to re-imagining policing,” he said.

Those interested in attending can text the word BLACK to 33777 to receive event details and live updates. Those participating are encouraged to wear masks.

This will be the first major organized march and rally to take place in the City of South Fulton following the highly publicized back-to-back deaths of Black citizens due to racial violence and police brutality. A separate rally is planned for Welcome All Park on July 14.

The City of South Fulton’s police, fire and parks departments will all provide assistance for today’s event.