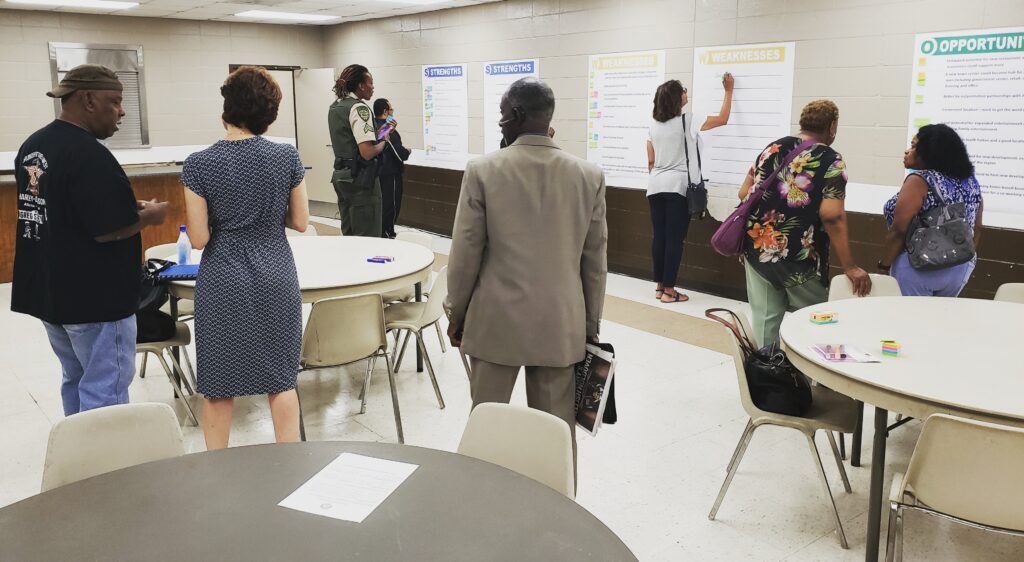 So far, the city has solicited feedback via an online survey and events at Welcome All Park, Burdett Community Center and South Fulton Tennis Center. This week, SWOT analysis sessions began at Sandtown Park, giving attendees an opportunity to weigh in on the city’s strengths and weaknesses.

The exercise is being led by Mary Burkholder, vice president at BAE Urban Economics and Christopher Pike, South Fulton’s economic development administrator. Participants choose what they think are South Fulton’s top three strengths, weaknesses, opportunities and threats from lists compiled from the initial data collection. They can also write in additional choices.

So far, some of the strengths that residents have identified are proximity to the airport, home affordability, African-American culture and green space. Among the list of weaknesses are crime, lack of diversity of retail and limited public transportation, entertainment options and access to medical care.

According to Pike, there haven’t been any surprises in the responses that they’ve received from residents, the feedback has been as expected. One of the strengths that he noted that wasn’t on the list provided by residents is disposable income. He says residents’ dollars could be a major catalyst in driving new development in the area.

The links to the online survey are available on the city of South Fulton’s website.