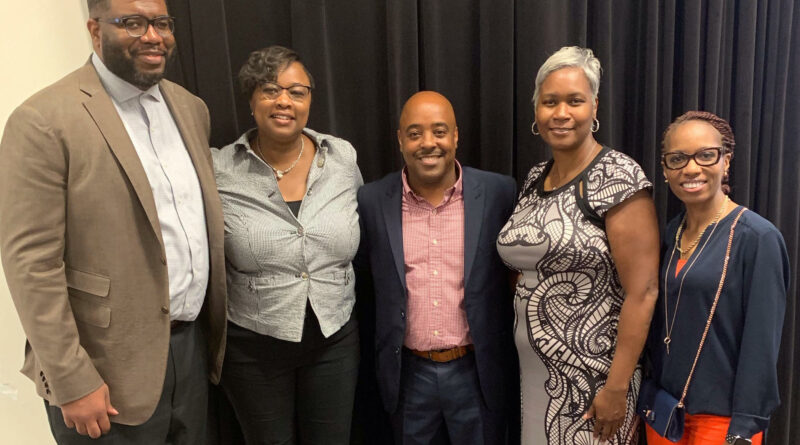 The city of South Fulton is still celebrating the arrival of Fire Chief Freddie Broome.

He was named to the position on May 14. Last weekend, residents, city personnel and elected officials gathered at the Aviation Community Cultural Center to officially welcome him.

Chief Broome is appreciative of the warm response. He said that one of the things that has impressed him most since he arrived is the community support. “Everyone has opened their arms and welcomed me in, and that means a lot.”

Much of the excitement is around Chief Broome’s experience and strong reputation in the fire services industry. He has already dedicated 23 years to fire service. Most recently, he held the position of Fire Chief in Valdosta, Ga.

“He brings a lot of expertise to the position,” said South Fulton Fire Rescue Department Captain Carla Hall, also president of South Fulton Professional Firefighters Association Local 3920. “We look forward to being able to use that expertise to make our department a world class department.”

Chief Broome has already begun setting his agenda, which includes branding the department, engaging with the community and creating new fire safety programs.

This month, Chief Broome along with members of his department visited South Fulton resident Parie Banks to help celebrate her 102nd birthday. The department also welcomed a new addition to the community, Sparky the Fire Dog.

Sparky is funded by a Chesney Fallen Firefighters Memorial Grant in the amount of $2,700. The fire department received the grant in May from the Georgia Firefighters Burn Foundation.

“The funding will allow us to bring Sparky to community events and schools to teach youth about the importance of fire safety,” said Deputy Chief Jack Butler.

Councilwoman Catherine Foster Rowell says expanded community programming is one of the things she’s most excited about.

“Chief Broome has already done a lot of the things that we’re trying to do in South Fulton,” said Rowell. “He had a strong track record in Valdosta raising awareness around important issues. Most of our residents don’t know that they should be able to sustain themselves for three days in the event of an emergency. So we have to help educate and equip them.”

Councilwoman Rowell is also eager for Chief Broome to help the city improve its ISO rating. Chief Broome led the effort to raise Valdosta’s rating from a 3 to a 1, which is the hallmark of a successful fire department. He says that in order to accomplish that goal in South Fulton, community involvement and professional development are important. Response times are also critical. He noted that while there may be some challenges, he and his department are already exploring measures that need to be in place to improve the rating.

Now that he’s officially on the job, residents are ready to see what Chief Broome can do. According to Reginald Tatum, who has lived in South Fulton for 65 years, accountability and innovation are top of mind.

“I strongly support holding folks accountable,” said Tatum. “He needs to go to work, it’s just that simple. We want him to bring some new, innovative and creative things into the fire department that will move us forward.”

Tatum also wants the department to make it a priority to maintain the equipment in its inventory. While the city council recently approved funding for new equipment for the department, Tatum says it’s important to “keep up with what you have before asking for something else.”

While Chief Broome is the man of the hour, in the near future the fire department hopes to welcome a few more new members. When asked what advice he might have for anyone interested in a career in fire service, Chief Broome said, “Apply now, we are accepting applications.” 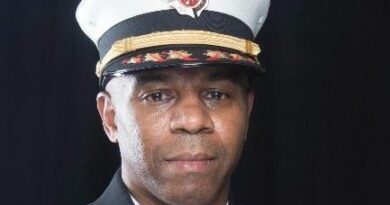 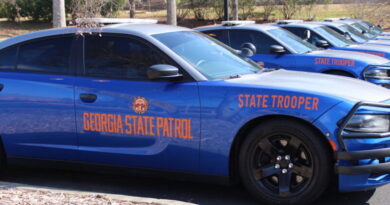 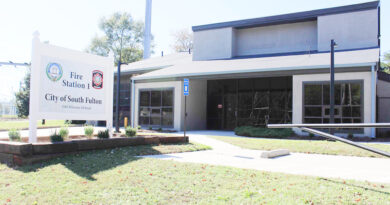