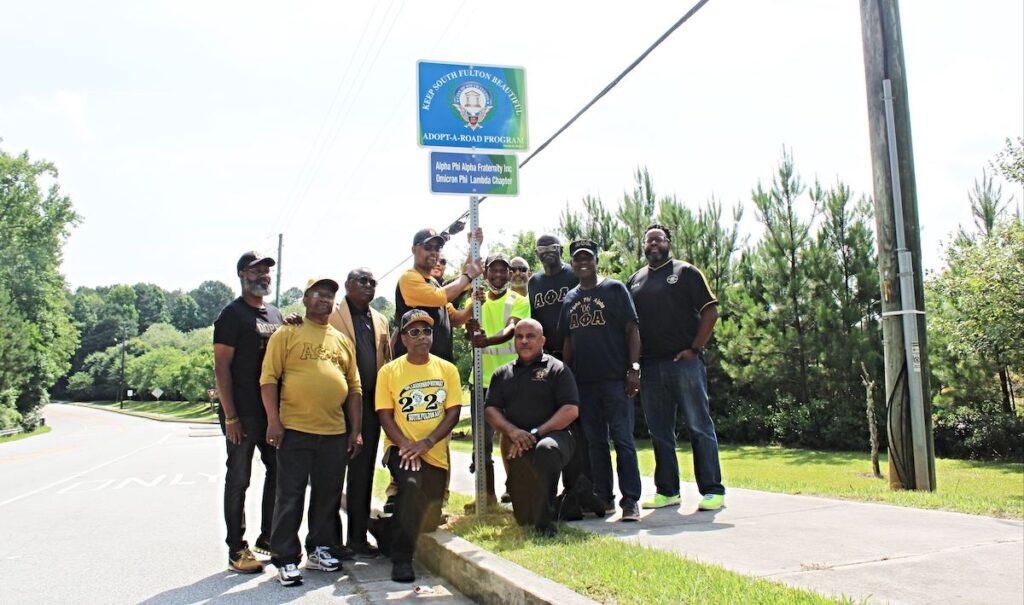 “It is our hope that all Greek-letter sororities and fraternities will one day have a sign on the road, and periodically clean up the street that they have adopted,” said Mayor Edwards.

The Omicron Phi Lambda Chapter was established in 1987 and has more than 75 members. The organization has mentored over 100 local youth and won numerous awards for its commitment to service.

The City of South Fulton approved a resolution to create its Adopt-A-Road Program in the summer of 2019. The litter prevention and beautification effort is facilitated by the Public Works Department. The East Point/College Park Alumnae Chapter of Delta Sigma Theta Sorority, Inc. was the first organization to sign up to participate in the program.

“Clean cities attract economic development, deter crime and improve the overall qualty of life for residents,” said Councilwoman Carmalitha Gumbs, the sponsor of the legislation to create the program. “I am excited to see civic organizations stepping up to the challenge and setting an example of what it means to truly be an engaged and concerned citizen.”

Any civic organization, garden club, scouting group, church or business organization, corporation or school is eligible to participate in the Adopt-a-Road Program. The city’s Public Works Department will assist by furnishing some supplies and equipment to aid with general cleanup efforts and provide staff assistance in carrying out the program.