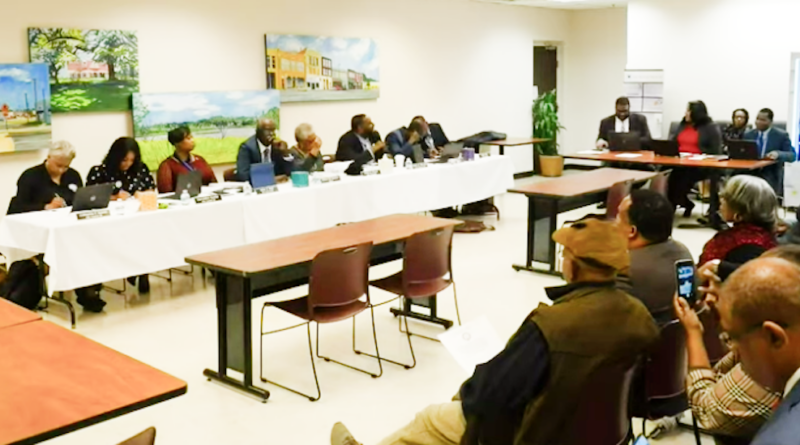 The City of South Fulton may see changes to its charter once the legislative session comes to a close. State Representatives Roger Bruce and Debra Bazemore have authored bills aimed at the city’s current policies and procedures. Similar changes have also been proposed for the City of Stonecrest.

Several of the bills proposed by state legislators have raised concerns among some members of South Fulton’s city council and the public, while others have expressed their support. The council held a special called meeting on March 2 to review the bills, several of which have already passed out of the House.

Councilwoman Catherine Foster Rowell said that she, Councilwoman Carmalitha Gumbs and Councilwoman Helen Willis initially brought their concerns to the South Fulton Delegation regarding inconsistencies in the charter. Their feedback was based on Georgia Municipal Association’s model charter for cities.

She said that what they recommended and what State Reps. Bruce and Bazemore have drafted is quite different, but advised that the council try to work with legislators while there’s still time to influence the process.

“These bills are moving and we need to give [the legislators] the feedback and figure out what we can and cannot live with and move forward,” she said.

Councilwoman Carmalitha Gumbs instead proposed a resolution to request that state legislators table the proposed legislation and encourage intergovernmental collaboration. The resolution passed with a majority vote.

What Legislation Has Been Proposed

HB 921 revises how the city attorney can be removed and mandates that the attorney be an employee of the city. Since the city’s inception, it has used an outside firm. The House passed the bill on Feb. 21. The bill was read and referred in the Senate on Feb. 24.

HB 965 would require new and amended ordinances be reviewed by a committee of three appointed by the mayor before adoption. The committee would be required to hold an open public meeting to discuss the legislation. The House passed the bill on Feb. 25. The bill was read and referred in the Senate on Feb. 26.

HB 986 would mandate that members of the county or municipal governing authority appointed as directors of development authorities could not serve as chairpersons or CEOs of the authorities. Currently, Councilman Mark Baker serves as chairperson of the South Fulton Development Authority. A second reading of the bill in the House took place on Feb. 24.

HB 1019, is the longest of the bills and would make substantial changes to the charter. Among the changes include clarifying of veto and veto override powers, modifying the process for removing officials from office, allowing the city manager to appoint the clerk and treasurer, and revision of procedures for removing a municipal court judge. The bill passed the House on Feb. 28. It was read and referred in the Senate on Mar. 2.

HB 1048 would mandate that a proposed increase in the compensation of elected officials exceeding 20 percent would have to be voted on by electors in the municipality in the next regular municipal election. A second reading of the bill in the House took place on Feb. 28.

The Council Pushes Back

In a discussion during their special called meeting, the council publicly pushed back on several proposed measures, including shortening the amount of time that a candidate for council should live in the city and forming committees to review ordinances. According to Councilman Khalid, Rep. Bazemore has already agreed to pull the bill that mandates the latter.

The council is requesting that language in HB1019 regarding the removal of officials be stricken from the bill and they would instead defer to their local ordinance and state law.  The council is also requesting that special called meetings can continue to be called by four councilmembers as opposed to five members as mandated in the bill.

The council opposed language that they interpret would give the city manager the authority to supervise or give orders to legislative aides. They also opposed language that gave the mayor power reserved for the city manager, and that created ambiguity around what they mayor can and cannot veto. Additionally, they have requested that legislators strike language limiting the terms of the mayor pro tempore.

Other requests being made by the city council include that that the portion of the legislation requiring the city manager to report council and mayor expenditures at each council meeting be removed. They have also rejected the language that would define their roles as part-time.

In contrast to what state legislators have proposed, the majority of councilmembers stated that they are in favor of changing the age of eligibility for running for office in the city to 18.

The councilmembers adjourned their three-hour meeting before a full review and discussion of all of the legislation could be completed. Some councilmembers are hopeful that they can still schedule a meeting with legislators to further discuss their desired revisions to the charter.

In addition to the language in the bills, the city council also raised concerns about procedures by which they were notified of the legislation. Notice of intent was sent to the city, but not all members of the council were made aware. Additionally, none of the bills appeared on a report outlining 2020 legislation impacting the city presented by the city’s lobbyist, A.R. Long Company, on Feb. 4.

Legislation proposed by Senator Donzella James that sought to eliminate city council’s ability to remove the mayor from office and clarify veto powers did appear on the lobbyist’s report. However, the council requested that the lobbyist communicate to Sen. James that they did not want her to pursue the legislation on their behalf.

Both the House and Senate have reconvened under the Gold Dome after a recess. Crossover Day, the last day that a bill can be passed in one chamber and sent to the next chamber, is set for Thursday, March 12. 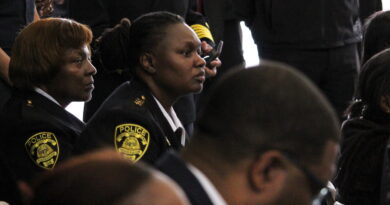 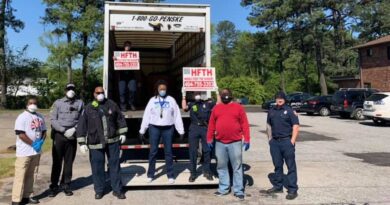 April 23, 2020 cosfobserver Comments Off on Officials Continue to Deliver Food during Coronavirus Outbreak