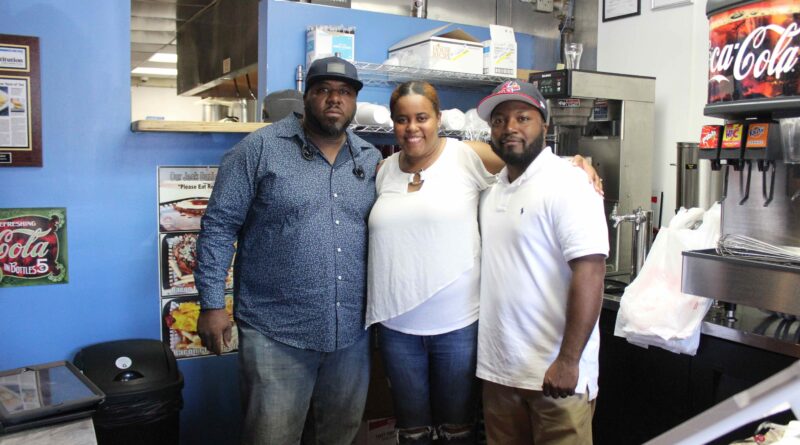 South Fulton residents Paris and Ashley Hill, the owners of Sliders Burger Joint, have moved their business closer to home. The couple celebrated the grand re-opening of their restaurant in the city of Fairburn on August 16.

“Location is everything,” said Paris Hill, who’s been in the restaurant business for over 10 years. “We started off on Jonesboro Road in 2017 where we won best burger through the Atlanta Journal-Constitution. About four months ago, I was driving by and I saw the location and we signed the deal on that night.”

The Hills, along with their business partner Larry Martin, celebrated the new location with great fanfare. They opened with a DJ, surrounded by family and friends and members of the Fairburn city council and police and fire departments.

If all goes according to plan, they’ll have many more grand openings to celebrate in the near future. The couple is planning to open multiple locations and has already begun the process for launching as a franchise. While the city of South Fulton is their home, they are casting a global vision.

According to Paris Hill, he and his wife share a goal of not only to be the best restaurant in the state of Georgia, but ultimately to be the first international Black-owned burger franchise.

Sliders offers something for everyone, with a wide variety of menu options to choose from.

While he loves everything on the menu, Paris says that their biggest seller is the Jack Daniels burger. For customers who don’t eat beef, he’s not shy disclosing that Sliders has the best turkey burger in the world. And the black bean burger is a popular choice for vegan patrons.

Starting the second week of September, Sliders Burger Joint will begin serving breakfast on Saturdays. The Hills will keep the momentum of their grand re-opening going with the debut of a jazz brunch on Sundays.

Sliders Burger Joint is located at 22 NW Broad Street in Fairburn. For more information and to view the full menu, visit www. slidersburgerjoint.com.

Photos: Paris Hill, Ashley Hill and Larry Martin celebrated the grand re-opening of Sliders Burger Join in the city of Fairburn on August 16. 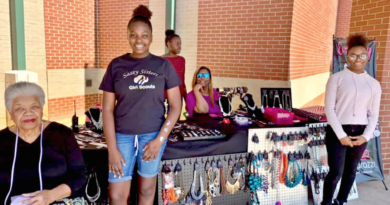 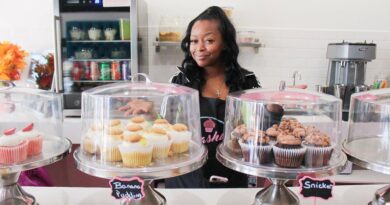 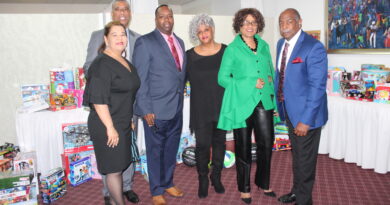