Entertainment Profiles
March 13, 2019April 5, 2019 cosfobserver
Tenor Russell Thomas took to the stage earlier this month in the lead role of the LA Opera’s premiere of Mozart’s The Clemency of Titus. The critics all agree, he absolutely shines.
The Los Angeles Times called his performance “compassionate and thoughtful,” while the Daily News praised his “commanding presence.” The legendary Plácido Domingo, who serves as Eli and Edythe Broad General Director of the LA Opera, has called Thomas one of the premier tenors of our time.
The Clemency of Titus is a story of love and friendship, and forgiveness triumphing over jealousy and violence. It’s one of Mozart’s last masterpieces, and Thomas revealed it’s one of his favorites. He said one of the challenges of the role of Emperor Titus was finding ways to convey to the audience the “darker side of an otherwise saintly figure.”
In addition to the acclaim earned by Thomas and his castmates, the LA Opera’s production is also being celebrated for its scenic designs inspired by 19th-century Romantic-era paintings, lavish costumes and lighting and projections that replicate the burning of Rome.
Thomas echoed those who have called the production a “feast for the eyes.”
“Tito (Titus) is a role that I’ve had the honor of playing several times throughout my career,” he said. “This particular production has been the most beautiful. The production’s designer was also the director, so he had a very specific aesthetic and dramatic vision that he brought to life and it worked beautifully.”
Thomas, a resident of South Fulton, has enjoyed a strong presence in Los Angeles in recent seasons. He appeared with LA Opera as Pollione in Norma (2015) and Cavaradossi in Tosca (2017), and with the LA Philharmonic in Mahler’s Das Lied von der Erde (2018) and in the title role in a concert performance of Otello at the Hollywood Bowl (2018). Later this year, he’ll perform as Otello with Canadian Opera Company and Washington National Opera.
Thomas is an alumnus of the young artist programs at the Metropolitan Opera, Seattle Opera, Florida Grand Opera, and Opera Theatre of St. Louis, and has received prizes from the George London Foundation for Singers, Liederkranz Foundation, Licia Albanese Puccini Foundation, and Richard Tucker Music Foundation. In 2010, he swept the Grand Prize, Audience Prize, and Tenor Prize of the Francisco Viñas Competition in Barcelona, Spain.
When asked what advice he’d give to a young tenor hoping to one day make a mark in the opera world, Thomas offered these words of wisdom.
“I would advise any young singer to get know his voice intimately and know the type of artist he wants to be. I’d also advise him to study foreign languages and become proficient in piano, as those skills are invaluable for a classical singer.”
The Clemency of Titus concludes its six-performance run at the Dorothy Chandler Pavilion on Sunday, March 24. The production is conducted by James Conlon and staged by Thaddeus Strassberger. Tickets are available at www.laopera.org.
Photo Credit: LA Opera
For more South Fulton news and updates, follow us on Twitter (CoSF Observer) and Facebook at www.facebook.com/cosfobserver. 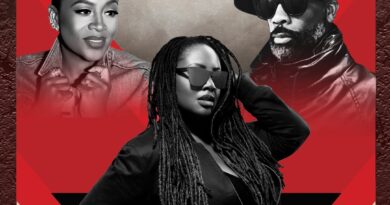 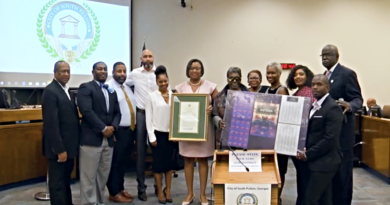 April 26, 2020 cosfobserver Comments Off on South Fulton Mourns the Loss of Bohannon, Disco Legend and Resident 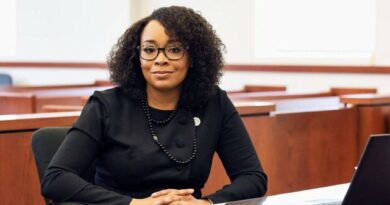