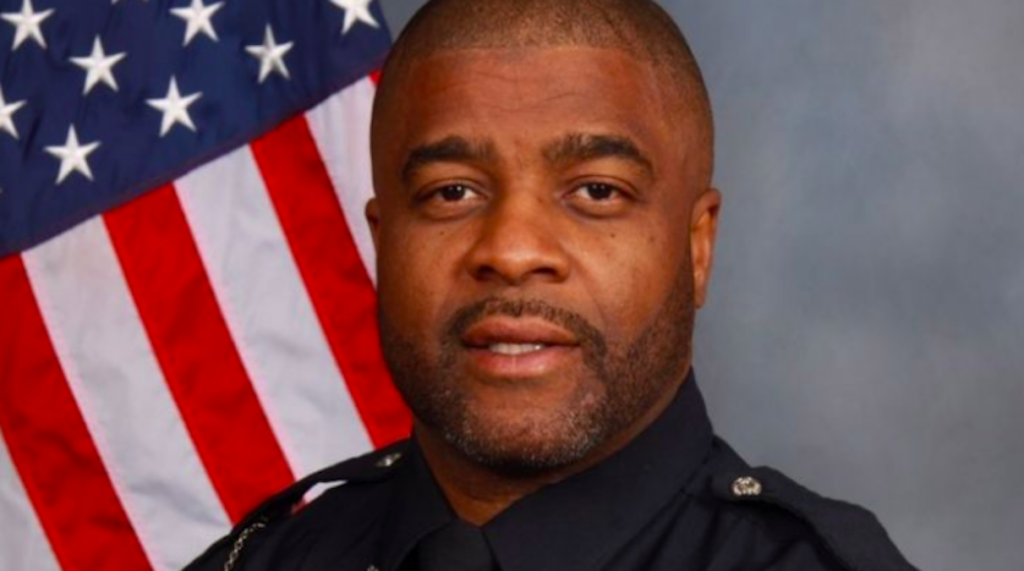 A benefit ride is planned for Officer Maximillian Brewer on July 18. The Kingz of the South Motorcycle Club, City of South Fulton and the Old National Merchants Association have partnered to hold the event.

Brewer was struck on May 30 by an ATV driven by 42-year old Avery Goggans during a protest in downtown Atlanta. Brewer required emergency surgery before being admitted to the ICU at Grady Hospital. He’s since been discharged and is undergoing rehabilitation at Emory.

Brewer, a father of four, has been with APD for 18 years and is a member of the department’s motorcycle unit.  It is unclear if he will be able to return to work. Fundraisers are being held to assist him during his recovery. More than $200,000 has already been raised via a GoFundMe campaign.

“Officer Brewer has our full support and we’re keeping him and his family in our prayers,” said South Fulton Councilmember Corey Reeves. He and Councilmember Mark Baker have partnered with the benefit ride organizers.

“Anything we can do to raise money and awareness, we’re willing to do.”

Brewer is known for his love of bikes. He began riding at age 14, starting with scooters and later graduating to dirt bikes, street bikes and Harley Davidson cruisers.

Registration for the benefit ride in Brewer’s honor will start at 10 a.m. at 5495 Old National Highway. Food and entertainment will be provided from 11 a.m. until 2 p.m. Riders will leave the Old National site at 2 p.m. The ride will end at Thunder Tower West at 1384 Southlake Parkway in Morrow.