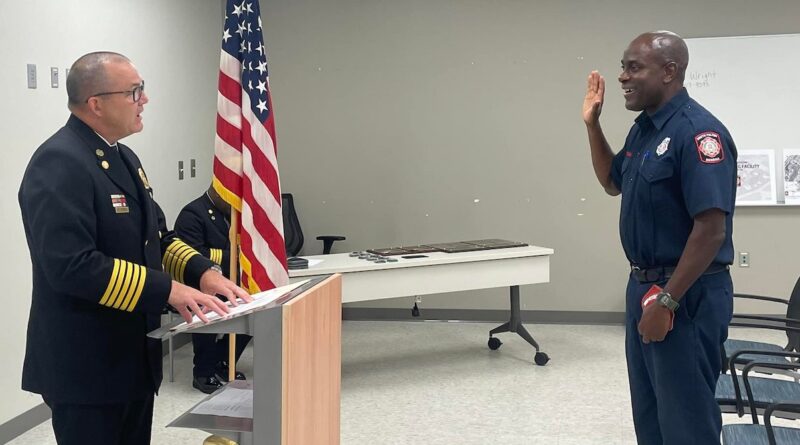 Earlier this month, the City of South Fulton Fire Rescue Department held its Quarterly Awards and Promotional Ceremony at the Georgia Army National Guard – Atlanta Readiness Center. Fire personnel were recognized for promotions and also for demonstrating exceptional performance to “earn their shields.”

The department is supported by 10 Fire Stations, 162 sworn personnel and 11 civilian support staff. The “Earn Your Shield” program was created by Fire Chief Chad Jones to recognize fire personnel who perform tasks out of the norm or display acts of bravery, kindness or generosity.

“We are acknowledging our brave members who have worked hard to advance their careers within the department and to honor those who give tirelessly to the South Fulton community,” Jones said.

During this month’s ceremony, newly promoted Capt. J. Whitehead was sworn in. Additionally, six firefighters were promoted to sergeants and two “Life Save” awards were presented.
Firefighter M. Brown and Capt. S. Morton were recognized as Firefighter of the Quarter and Fire Officer of the Quarter respectively.