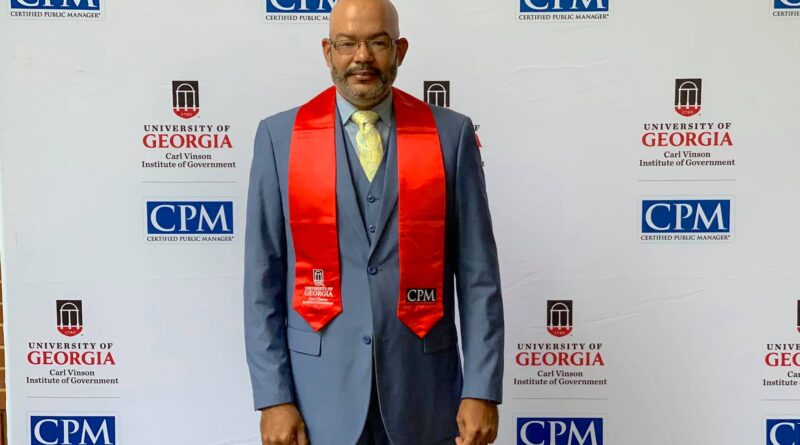 The Certified Public Manager (CPM) is a United States professional designation established in 1979 for the purpose of improving performance and advancing best practice standards for public sector managers.

The CPM is awarded upon completion of a CPM program accredited by the National Certified Public Manager Consortium.

Under the DSF banner, Pike has led the effort to develop an economic development strategic plan, introduced the Main Street Program for the Old National and Red Oak corridors, opened two CollabSouth small business incubators in the same areas and launched National Travel and Tourism Week programming in the city.

Additionally, Pike recently spearheaded a study to determine the impact of COVID-19 on South Fulton businesses. More than 65 percent of respondents reported a reduction in revenue of at least 50 percent. In response, Pike has worked to connect local businesses to key resources, as well as encourage and incentivize the public to spend their dollars with small businesses within city limits.