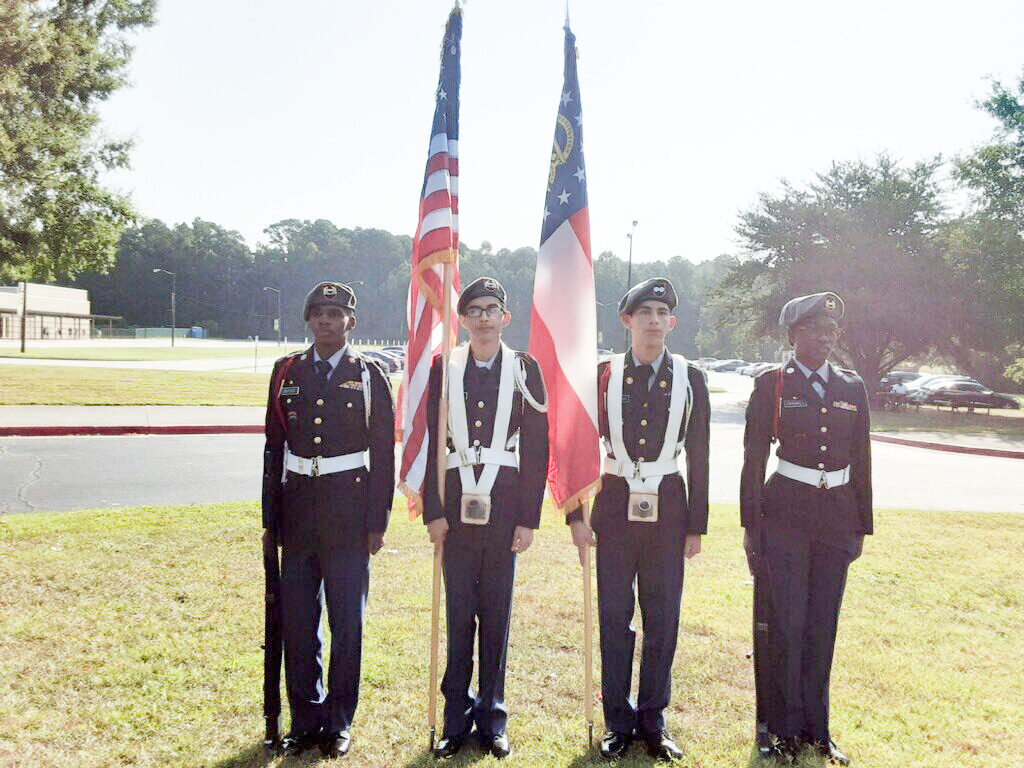 Elected officials shared solemn words and prayers with constituents. South Fulton police officers and other first responders were honored at an appreciation breakfast at Southwest Arts Center. The Creekside High School JROTC held a small service to memorialize all military, public service workers and families that lost their lives.

One South Fulton resident, Nick Farr, called for a moment of silence on Nextdoor.com. For him, the day has more meaning that it does to most. He was one of the brave responders at the World Trade Center 18 years ago, and he’s never sure how he’ll feel when the date comes around year after year.

“Some days I’m depressed, and some days I feel blessed and joyful,” he said. “It just depends on my own outlook on things at the time.”

Farr joined the Fire Department of New York City (FDNY) at the age of 17 and served as an Emergency Medical Technician (EMT). After 18 years of service, he retired and relocated to Georgia. He’s lived in what is now the city of South Fulton since 2010 and works as a real estate professional with Harry Norman Realtors.

He says that 9-11 is a day to remember the families that have been affected, those who have lost their lives and the first responders who are still fighting for the proper healthcare after being exposed to toxic chemicals.

He also says that the day should be a catalyst for bringing the community together, and collectively addressing issues like crime and litter.

“9-11 represents a moment when the citizens of New York City were no longer looked upon as Black, Russian, Jewish, Spanish, we were survivors,” he said. “We came together. And if we can come together in tragedy, why can’t we come together to better our neighborhoods?”

“Even if just a fraction of the city of South Fulton’s population came together, we could decrease crime, ensure our communities stay clean and address all of the issues that we’re always complaining about,” he continued. “9-11 showed us that when we come together, there’s no stopping us. We can do anything.”