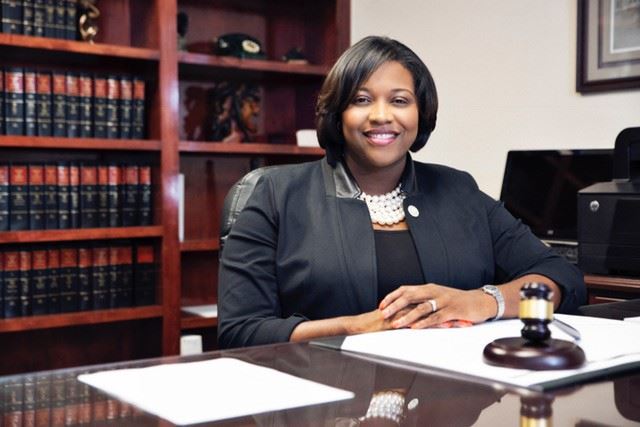 Courts Government
March 19, 2019April 5, 2019 cosfobserver
Earlier today, the City of South Fulton held a public hearing on the petition to terminate Municipal Court Chief Judge Tiffany Sellers. The city council voted to remove the judge from the bench in a vote of 6-1.
Sellers, a contractor, had already been on suspension with pay. The decision followed her entering into an agreement with a production company for a reality television concept and complaints filed against her with the human resources department.
Given the opportunity to address the city council and the public during the hearing, Sellers stated her objections to the suspension and hinted at her intent to file an appeal. She said that the allegations that she had created a hostile work environment were false, and that the details outlined in the petition filed against her on were an attack on her character and an attempt by a former employee to undermine her leadership.
During the hearing, citizens were present to speak on the judge’s behalf. Others offered criticism of the termination process. The judge’s friends and family members offered character testimony to counter the label of “bully” that had been placed on her in the wake of unfolding events.
Councilwoman Helen Willis expressed that there was additional information that the council had been given that the public had not been privy to that informed their decision. She said that while she was hurt by what had occurred, given that she had voted in favor of the judge’s appointment, “we cannot tolerate employees feeling bullied or placed in hostile environments.”
South Fulton’s Municipal Court handles all traffic violations and criminal misdemeanor cases that are issued within city limits. Despite recent events, a representative from the City of South Fulton’s communications department said that the Municipal Court is fully functional and open for business.
Photo Credit: City of South Fulton
For more South Fulton news and updates, follow us on Twitter (CoSF Observer) and Facebook at www.facebook.com/cosfobserver.