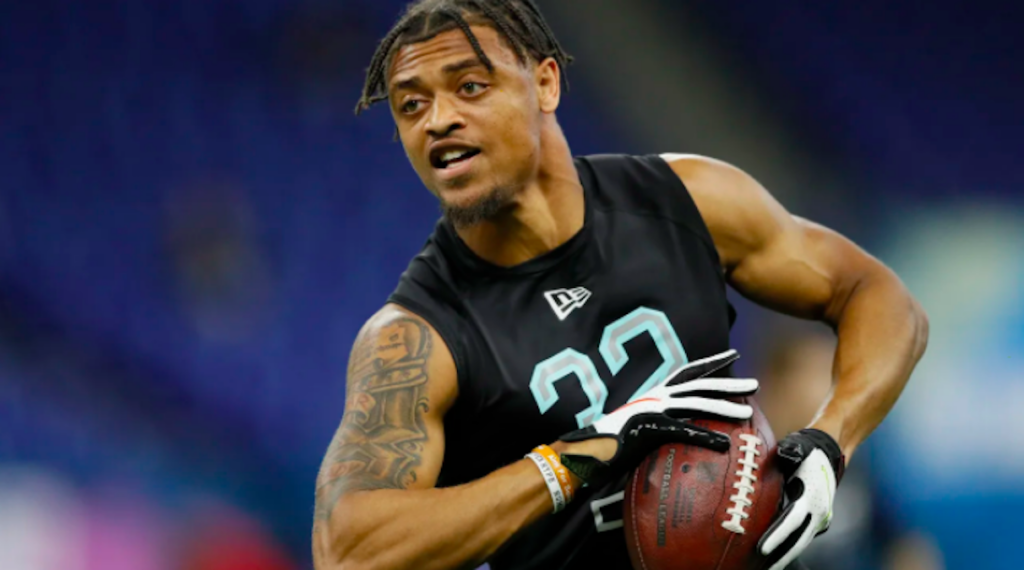 Former Westlake Lion A.J. Terrell was selected by the Falcons on Thursday as the No. 16 overall pick of the 2020 NFL Draft.

Robinson said Terrell is a great athlete and an even greater young man. “Trust me, you haven’t seen anything yet. The best is yet to come.”

“My Atlanta Falcons couldn’t have picked a better player,” said Bates. “You were an incredible student on and off the field. Now I get to watch you play with my favorite NFL team.”

Aundrell “A.J.” Terrell, Jr. was a five-star recruit and top-15 overall prospect after excelling at Westlake. He went to Clemson University where he thrived. He is the ninth corner drafted from school since 2010.

Terrell claimed a starting spot for all 15 games of the team’s 2018 national championship season and earned third-team All-ACC honors. His biggest play of the year was his third and final interception, which he returned 44 yards for a touchdown against Alabama in the title game. He finished his college career as a first-team all-conference player for the FBS runners-up, starting all 15 games and recording 37 stops, two interceptions, and six pass breakups.

Terrell was surrounded by his family when he received the life-changing draft news from Falcons Owner Arthur Blank, General Manager Thomas Dimitroff and Head Coach Dan Quinn. He said coming home to play in the league is “huge, it’s a dream come true.”

“I’m right down the street and ready to get to work,” he said in an interview with the Atlanta Falcons. “It’s been a dream since I first put on a helmet.”

Terrell fills a major need in the Falcons secondary and is expected to step up and compete for a starting job.

“This guy is fast, this guy is athletic, this guy has the ability to play the ball in the air,” said Dimitroff. “He’s going to be a fine addition to this team both on the field and off the field. We are very encouraged by our first pick.”

Terrell realizes he has a lot to prove. He says he is ready to “put on” for the city, his family name and his 10-month old son. He also has a younger brother, a rising Westlake sophomore and football player, following in his footsteps.

For the first time, the NFL draft celebration has been facilitated remotely due to the coronavirus pandemic. Despite the change in format, Round 1 viewership has shattered previous records.

As part of the festivities, much of this year’s draft content was broadcast online. Among the shared videos were a series of messages for Terrell from high profile well-wishers, including Atlanta Mayor Keisha Lance Bottoms, Atlanta Falcons Defensive Captain Ricardo Allen, Atlanta Dream draft pick and former Clemson Tiger Kobi Thornton and former Falcon Michael Vick,

“You’re going to enjoy every minute of it,” said Vick. “Take pride in becoming the best at your position and being the best leader that you can possibly be. I look forward to watching you.”