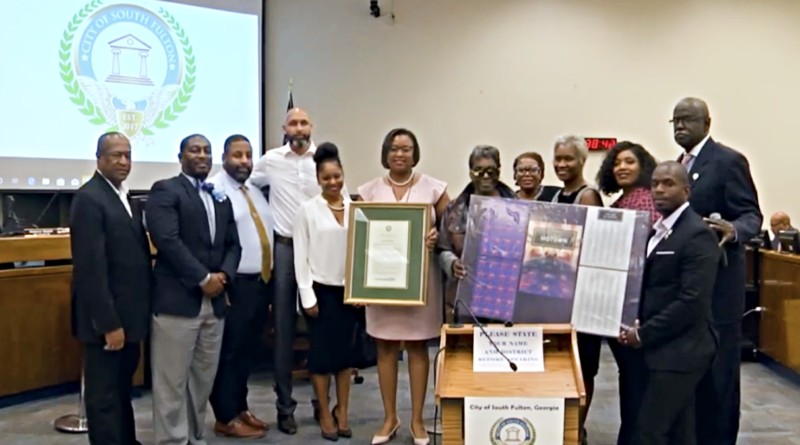 In 2018, the City of South Fulton presented Bohannon with a proclamation in honor of his music career and work in the community. Councilmember Helen Willis said that upon the death of Aretha Franklin, she realized the importance of paying tribute to the city’s music legends while they were still alive.

Bohannon was born to Willie and Sarah Bohannon in Newnan, Ga. He attended Clark College, now Clark Atlanta University and is a member of Alpha Phi Alpha Fraternity, Inc. After graduating with a degree in music and secondary education, he was offered a music scholarship in percussion to attend Indiana University. Instead, he taught public school.

Bohannon later left the school system to join Stevie Wonder as his drummer, which launched him into the role of bandleader at Motown Records. Bohannon and the Motown Sound, as his band was known, backed Smokey Robinson and The Miracles, Stevie Wonder, Marvin Gaye, The Temptations, The Four Tops, Martha and The Vandellas, Gladys Knight and The Pips, Diana Ross and The Supremes in live concerts.

Metro area DJs and members of the music community have taken to social media to pay tribute to the music legend.

“This man paved the way for what I and a lot of other DJs do,” said Salah Ananse. “He left his mark on the world.”

“Aside from being an outstanding musician and recording artist, he loved the community,” said DJ Cooly C, also a South Fulton resident. “He actually opened his home up to the community and bought real arcade games for the kids in the neighborhood to play for free. How many of us would be so kind and giving today?”

Bohannon will be remembered as much for his philanthropy as his contributions to the music industry. He brought his entire band together to perform a concert for Stonewall Tell Elementary School, giving students the opportunity to perform with professional musicians. Just last year, he performed a benefit concert to raise money for Morehouse College and Clark Atlanta University students.

CAU President Dr. George T. French, Jr. said that of the university’s alumni, Bohannon was one of the “most gifted.”

“His unique style continues to influence the music industry and I suspect it will continue for years to come,” said Dr. French.

Bohannon is survived by his son Bohannon II and his daughter April.