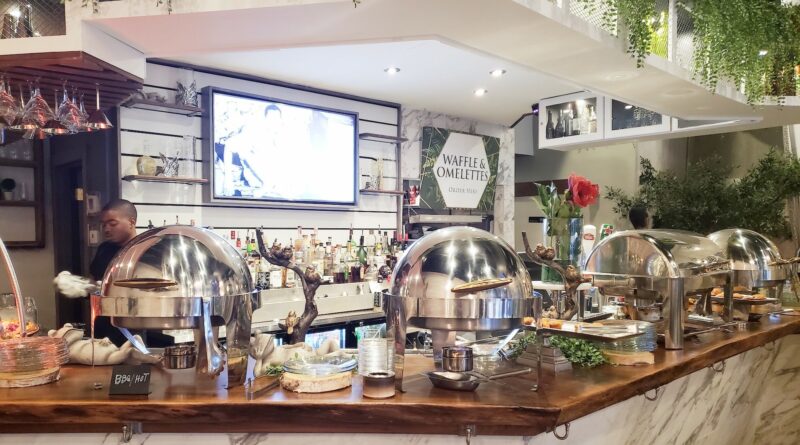 Shema Fulton, the restauranteur behind South Fulton’s Baltimore Crab & Seafood and Bella, opened Garden Parc earlier this year, an event facility in the space formerly known as Live Edge ATL. While for most of the week, it’s dedicated to parties, meetings and other events, on Sundays it’s transformed into your favorite new brunch destination.

The expansive buffet is more than worth the $30 tab, featuring whole roasted salmon, southern classics like greens and cornbread, banana pudding and more. Plus, you can order unlimited made-to-order omelettes, waffles, and shrimp and grits from your server.

And if that’s not enough, Garden Parc’s decadent décor and three-piece jazz band led by saxophonist Mike Jones are a feast for the eyes and ears. The combination will leave your soul feeling as full as your stomach.

While it’s fairly common for Atlanta area restaurants to open and close within the first year, Fulton’s portfolio of venues continues to grow with unquestionable staying power. Garden Parc is her second venture with R&B songstress K. Michelle. The two are also the visionaries behind Puff & Petals.

The brunch at Garden Parc offers a glimpse into why Fulton’s so successful. Her other restaurants are tastefully advertised onscreen during the five-hour event. Favorites (like the famous kale) from her other restaurants are featured on the buffet spread. And if you’re a fan of her other venues, you may even see a few familiar faces behind the hot bar like high profile Chef Keoko Turner, who also curates the menu at Bella.

So it’s no surprise that business is going well and that patrons are delighted to have a new option for brunch in the community. Fulton already has plans to expand. The event space will nearly double in size in the coming weeks as it takes over the neighboring space previously planned for a cigar lounge.

“We’re very pleased with the reception that we’ve gotten not only from the neighborhood but also those who support our sister properties and restaurants,” said Renee Miller, who oversees events and planning for the venue. 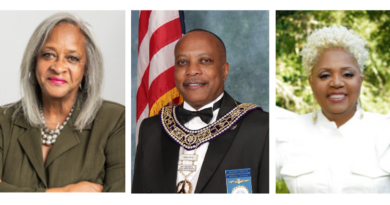 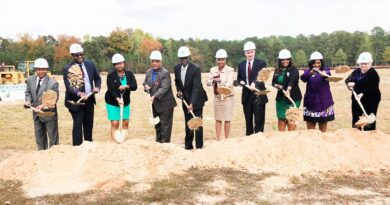 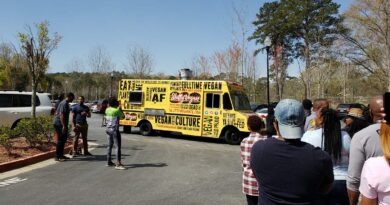