Government
January 8, 2019January 8, 2020 cosfobserver
Earlier today, Mayor William “Bill” Edwards gave his first “State of the City” address of 2019 hosted by the Cascade Business and Merchants Association. He proudly announced that South Fulton is “successfully moving forward.”
The mayor shared a long list of the city’s accomplishments, including the hiring of a permanent city manager and executive leadership team, the adoption of a $109 million budget, and the onboarding of 38 new police officers and 15 firefighters.
Edwards celebrated the completion of the city’s transition away from the county, thanking county officials for their efforts in helping the city to get to where it is today. He also announced to loud applause that the city has repaid its $12 million tax anticipation note and is now debt free.
During his address, Edwards acknowledged the efforts of the city council and city staff. He spoke highly Fire Chief Larry Few who had long advocated for changes in ambulance service delivery in the region. As a result, services in South Fulton are now provided by Grady EMS. Response time has dramatically decreased from 25 to 11 minutes. Also a feather in the chief’s cap is significant investment in a much-neglected Fire Station #1 and the forthcoming acquisition of two new fire engines and one new ladder truck.
Edwards also applauded the work of Police Chief Keith Meadows and his officers. He highlighted the department’s focus on data intelligence driven policing and the asset seizure unit, which has accumulated over $800,000 to date. He also cited a two percent decrease in crime.
In addition to sharing a recap of 2018, the mayor also shared the city’s top priorities for 2019 and beyond. The city is planning park improvements and enhancements that will include STEM programs, a citywide lighting study, and a small business incubator with support from major corporate partners.
The incubator is part of the city’s focus on economic development, something that Edwards said will heavily rely on public safety and education. He shared that while the city technically has no jurisdiction over local public schools, that it’s imperative that the city play a role in telling their story. He highlighted several star students in his address and announced that he plans to establish a task force on education.
Throughout his address, Edwards referenced how many doubted the potential of South Fulton, and ended with a message for those who still aren’t quite on board.
“I think we are one of the best cities in Georgia,” said Edwards. “I think that we’re a young city with phenomenal possibilities. For those of you who don’t believe it, I would simply say to you, stay tuned.”
Edwards’ address took place at Cascade United Methodist Church. A number of members of the business community were present to hear the mayor’s updates. Other elected officials also were present including Councilwomen Catherine Foster Rowell and Carmalitha Gumbs, Mayor Pro Tem Mark Baker, State Representative Roger Bruce and Senator Donzella James.
Mayor Edwards is scheduled to give additional “State of the City” addresses at the Camp Creek Business Association meeting on January 17 at 8:00 a.m. and at a community forum hosted by Greek-letter organizations at Westlake High School on January 26 at 10:00 a.m.
For more South Fulton news and updates, follow us on Twitter (CoSF Observer) and Facebook at www.facebook.com/cosfobserver. 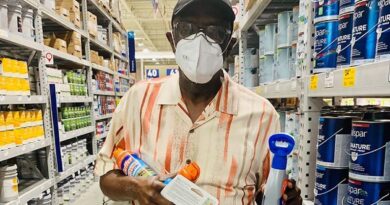 July 10, 2020 cosfobserver Comments Off on Mask Mandate Goes into Effect in South Fulton 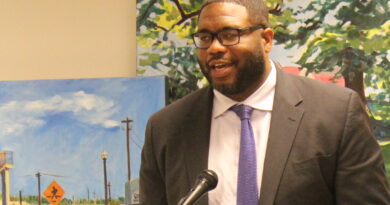