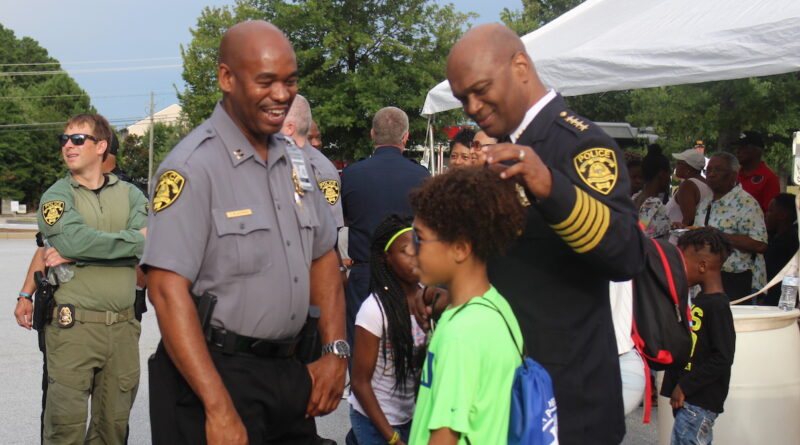 South Fulton will host National Night Out (NNO) on Aug. 2. The annual event, first introduced in 1984, is held in cities across the U.S. to enhance the relationship between neighbors and law enforcement and help cultivate a sense of community.

“Cities and towns are excited to get the NNO party started,” said National Night Out creator, Matt Peskin, “Local coordinators are anxious to showcase their strong relationships with neighbors and first-responders. National Night Out is a celebration of neighborhoods who work year round to build safer, more caring communities.”

Peskin started the event as a National Association of Town Watch initiative. Now in its 39th year, it’s expected that the event will draw participation from more than 16,000 communities nationwide. Peskin and others hope communities will leverage the event to heighten crime prevention awareness, encourage support for anti-crime programs and send a message to criminals to let them know that communities are organized and fighting back.

South Fulton Police Captain Hattie Cotton-Tukes says National Night Out creates a greater sense of unity, and that it’s just one of a number of efforts that the officers undertake year-round to develop rapport with citizens.

“We set up Neighborhood Watches and Business Watches. We not only know the adults we know the youth,” Cotton-Tukes said. “We assist in the local schools the parks and several events to improve the quality of life for all residents. We also have adopted a girl scout troop.”

National Night Out in South Fulton will feature vendors, food and entertainment. The event will be held from 6-8 p.m. in the LA Fitness parking lot, 6385 Old National Hwy.