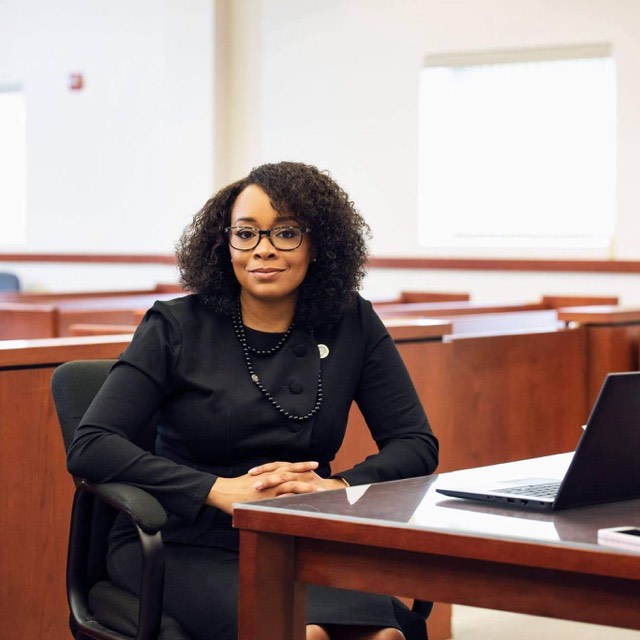 “One Child Left Behind: The Untold Atlanta Cheating Scandal” took the top prize in the documentary category at this year’s American Black Film Festival (ABFF). South Fulton attorney LaDawn Jones is one of the film’s executive producers, along with Anthony McLemore, Marsha Hallager and Jodi Gomes, the project’s writer and director.

Jones and her colleagues were recognized during the Best of ABFF Awards in Miami, Fla. on June 15. They were presented with the 2019 Jury Award for Best Documentary by television personality and actress La La Anthony.

“One Child Left Behind: The Untold Atlanta Cheating Scandal”  takes an in-depth look at the series of events that led to the longest criminal trial in Georgia history and the conviction of 11 Atlanta Public Schools educators in 2015. It features exclusive interviews with the educators who were found guilty, defense attorneys the prosecutors and more.

During the scandal, Jones represented Christopher Waller, the former Parks Middle School principal who admitted to orchestrating cheating and took a plea deal to avoid prison. In 2015, Waller and Jones co-authored the book “Cheating but Not Cheated: A Memoir of the Atlanta Public Schools’ Cheating Scandal,” which is featured in the documentary.

Jones hopes that the documentary will help viewers to see the cheating scandal through a different lens, and see the events from the perspectives of all who were involved. She also hopes it reignites discussions about why the scandal occurred and how to address issues in the public school system that led to the scandal that have yet to be resolved.

Jones is currently the solicitor for the city of South Fulton and owns her own law firm and a political consulting firm. A former elected official, she is regularly tapped for political commentary for local and national news programs. She’s also the founder of Women of Westlake, a community service organization that teaches teen girls life skills.

To view the trailer for “One Child Left Behind: The Untold Atlanta Cheating Scandal,” visit www.onechildleftbehindmovie.com. The documentary will be screened at several film festivals throughout the U.S. this year including the BronzeLens Film Festival in Atlanta in August.