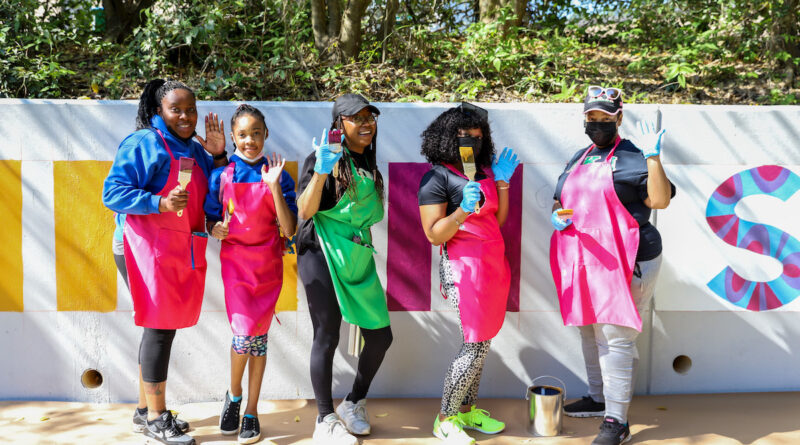 South Fulton’s Public Art Commission is soliciting feedback on the future of public art in the city via an online survey available through September 30. Input from the survey will be incorporated into the city’s first public art master plan.

Input is sought from residents, city leaders and personnel, business owners, local artists, and other stakeholders. Feedback will help to guide future programming and funding priorities.

Two projects have been completed in South Fulton this year. A “paint by numbers” mural was produced by artist Vernon Robinson in collaboration with community members at Sandtown Park in April. Earlier this month, a four-panel sculpture created by artist Allen Peterson was installed in the roundabout at Campbellton Road and Boat Rock Road.

“We have an opportunity to become a premier destination for public art by embarking on this process,” said Councilwoman Rowell. “It’s our hope that residents will make their voices heard and help cast a vision for a more vibrant city.”

The public art master plan survey can be completed at www.amorevibrantsf.com. The website includes an introductory video, overview of the master plan process, a link to South Fulton’s public art ordinance and other resources. Printed copies of the survey are also available and can be completed and submitted at the Southwest Arts Center, 915 New Hope Road.

Once completed, the public art master plan draft will be made available to the public for review and comment both online and during a series of virtual and in-person charettes. The meetings will begin in October.

The South Fulton Public Art Commission is an eight-member board appointed by the City Council. In addition to developing the master plan, the Commission works cooperatively with private citizens, foundations, corporations, institutions, and agencies committed to the preservation and development of art and arts-related activities. The body also reviews and approves proposals for art projects in the city and makes decisions on art-related expenditures.