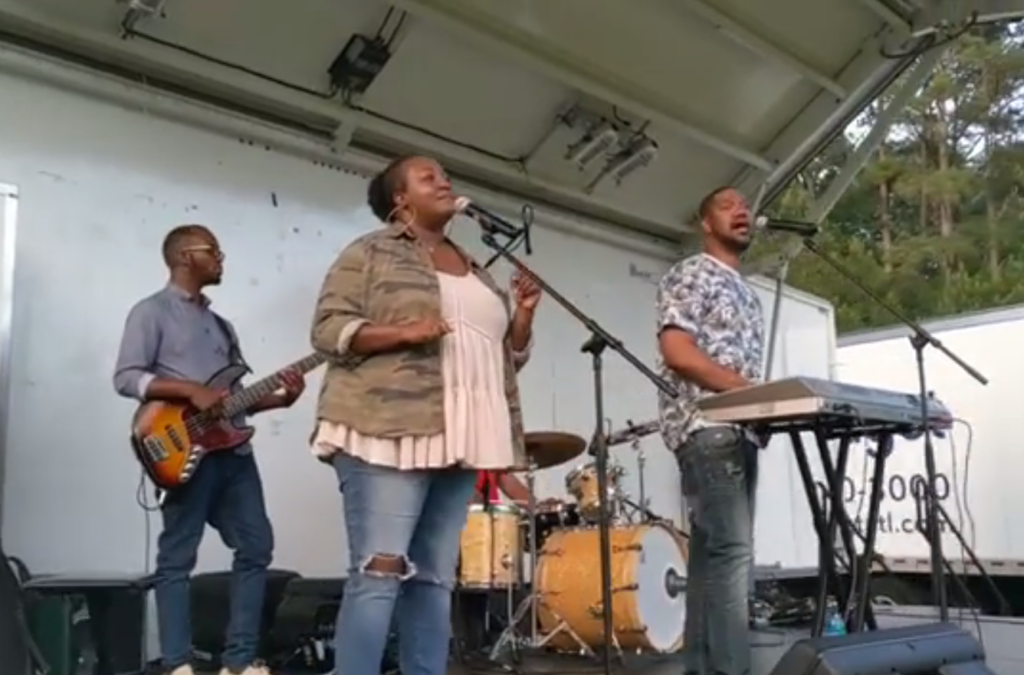 The councilman aims to leverage the event to drive greater awareness of South Fulton and build a stronger sense of community. Each screening includes a community conversation about the themes in each film.

On June 7, the film will begin after sundown following a live taping of “Relationship Talk Atlanta,” a podcast featuring South Fulton residents Torrey and Tiffaney Tomlinson. The topic of the taping will be “has online dating killed romance?” The hosts will explore if the characters featured in “Love Jones” could have a love story in the age of Tinder.

During the event, attendees will also be able to take advantage of free HIV and STD testing. Representatives from the Georgia Department of Health, Amplify and other organizations will be present to discuss a variety of related topics including emergency contraception.

The evening will also include a live performance by KC & the Babes, food trucks and other vendors. Parking for the event is free. Additional parking is available Creel Park C.M.E. Church (2750 Creel Road) and Love T. Nolan Elementary (2725 Creel Road).

More information about the “First Fridays” event series is available at khalidcares.com/summer. A screening of “Whose Streets” is scheduled for July 5 with a panel discussion featuring Black Lives Matter activists and Police Chief Keith Meadows. “Boyz in the Hood” will be screened on August 12 and will include a back-to-school block party and backpack giveaway.