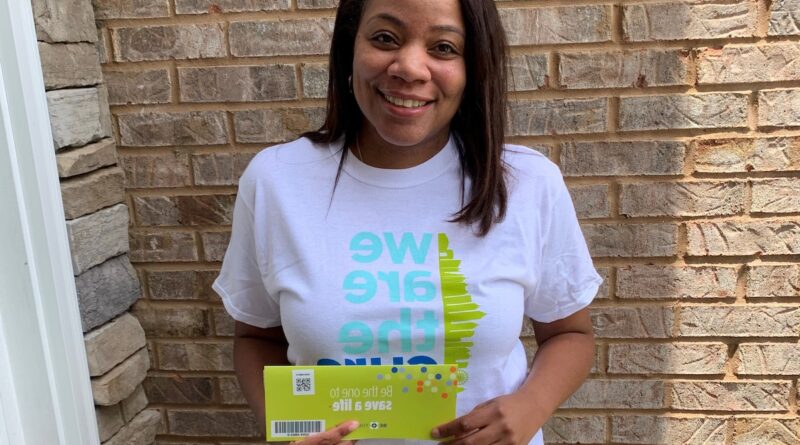 For patients with sickle cell, leukemia, lymphoma, and more, a blood stem cell transplant from a genetically matched donor can be the key to a cure.

Be The Match representatives and supporters are mobilizing Black and African-American donors to sign up for the registry during African-American Bone Marrow Awareness Month which is observed annually in July. Isadora Lanier is helping to spread the word in the City of South Fulton.

“It’s so important to build awareness of Be The Match and the need for Black and African-American donors in South Fulton because most of us are completely unaware that our stem cells can actually cure diseases like sickle cell, leukemia and other blood cancers,” said Lanier, vice president of Metrics Marketing, a firm that helps organizations reach multicultural audiences.

“Race and ethnicity matter when finding a matching donor so we need more Black people to join the registry.  Each one of us could be the match for someone suffering in our own community. Literally, we are the cure.”

One patient currently in need of a cure is 10-year-old Ava of Snellville, Ga., who had her first pain crisis from sickle cell disease when she was just five months old. Over the past decade, she has been hospitalized over 70 times, and has had her spleen, adenoids, tonsils and gall bladder removed as a result of complications from sickle cell disease. A blood stem cell or bone marrow transplant from a perfectly matched donor is the only cure for sickle cell disease, but she does not have a compatible match in her family or on the Be The Match registry.

Joining the Be The Match registry is simple. Tunisia Thorne, an Atlanta realtor, mom and wife who loves to volunteer, joined the registry in 1999 in San Diego by simply swabbing her cheek. Thorne got the call 18 years later, in 2017, that she was a perfect match. Her donation saved a 27-year old young man with leukemia.

“This is the epitome of Black lives matter,” said Thorne. “It is so very simple. It doesn’t take anything away from you, and it gives something so beautiful: life.”

Richard Stewart, an athletic trainer at Georgia Tech, swabbed at an athletic training convention in 2018. Just four months later he got the call saying he was a potential match. He donated in January 2019 and saved a 63-year-old woman with acute myeloid leukemia.

“The whole process was phenomenal,” said Stewart. “The actual donation day was the same way, people treat you like a hero, even though I don’t consider myself a hero. I would do it again in a heartbeat, and would encourage others to do so.”

Like 80 percent of donors, Thorne and Stewart both donated through Peripheral Blood Stem Cell (PBSC) donation, a nonsurgical process similar to donating plasma.

“We are asking for Black Atlantans, particularly during African-American Bone Marrow Awareness Month, to help those in our community who are suffering from blood cancers and sickle cell,” said Xavier Brandon, Be The Match representative.

“You will only be asked to donate if you are identified as a perfect match for a patient in need – some people receive the call in months, others after several years and many are never called to donate. But it only takes a simple cheek swab to increase the odds of a patient finding their perfect match. You can provide hope for people fighting for their lives.”

For 30 years, Be The Match has managed the largest marrow registry in the world. To learn more about the myths and facts of blood stem cell donation or to join registry, visit http://www.BeTheMatchATL.org.

There is no cost for donors between the ages of 18-44 years old to join the Be The Match Registry. A cheek swab kit will be mailed to the registrant’s home to complete the registration process and find out if they are a match for a searching patient.