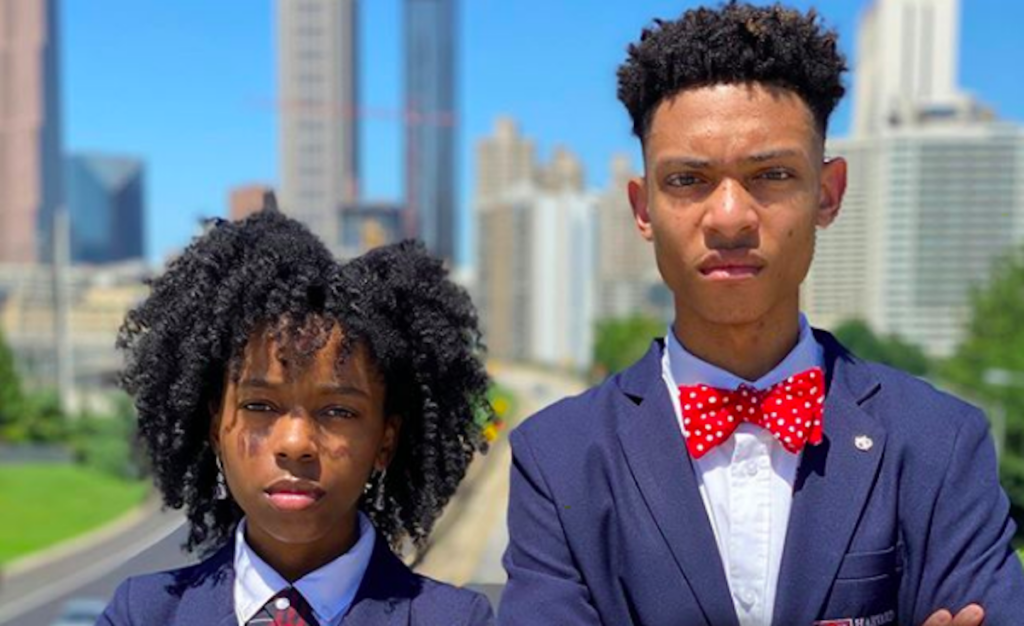 Last year, Banneker High School’s Xavier Shankle and Westlake’s Keith Harris were part of the same team, and took the top prize at the prestigious summer debate tournament. The South Fulton students were thrust into the national spotlight for their incredible performance against debaters from 15 countries.

This year, Webb, along with partner Christian Flournoy of the Westminster School, secured the win with a perfect 5-0 winning ballot. Flournoy also made history as the youngest Black boy to win the tournament.

The students receive their training through the Harvard Diversity Project, an Atlanta-based pipeline program of the Harvard Debate Council. The program’s founder, Brandon Fleming, is Harvard University’s assistant debate coach. He named his team the “Great Debaters” in honor of the Wiley College debaters who broke racial barriers in the 1920s and 1930s.

With the help of his executive staff, board and donors, Fleming has raised over half a million dollars to enroll over 75 students of color into Harvard’s international summer residency on full scholarship. For students like Webb, Fleming’s program has provided a support system and an incredible opportunity.

“The message I want to send to black kids all around the world, despite all the racial stereotypes and no matter who or what tries to limit you — there’s always someone rooting for your success on the other side. And that for us was our community here in Atlanta,” Webb told Fox 5. “So the only thing missing from the equation was opportunity and that’s what the Harvard Diversity project stands for.”

Webb is a rising senior at Langston Hughes and a dual enrollment scholar at Georgia Military College. An active member of her school community, she has served as 11th Grade President of the Student Government Association, a member of the Fulton County School Governance Council and a member of the Georgia Secretary of State Student Ambassador Program. She’s also active in choir and volunteers as a mentor for incoming freshman at her school.

Webb’s Harvard’s summer debate tournament win is not her first honor for her public speaking skills. She also previously received a gold medal for her outstanding performance in the NAACP ACT-SO Regional Oratory Competition.