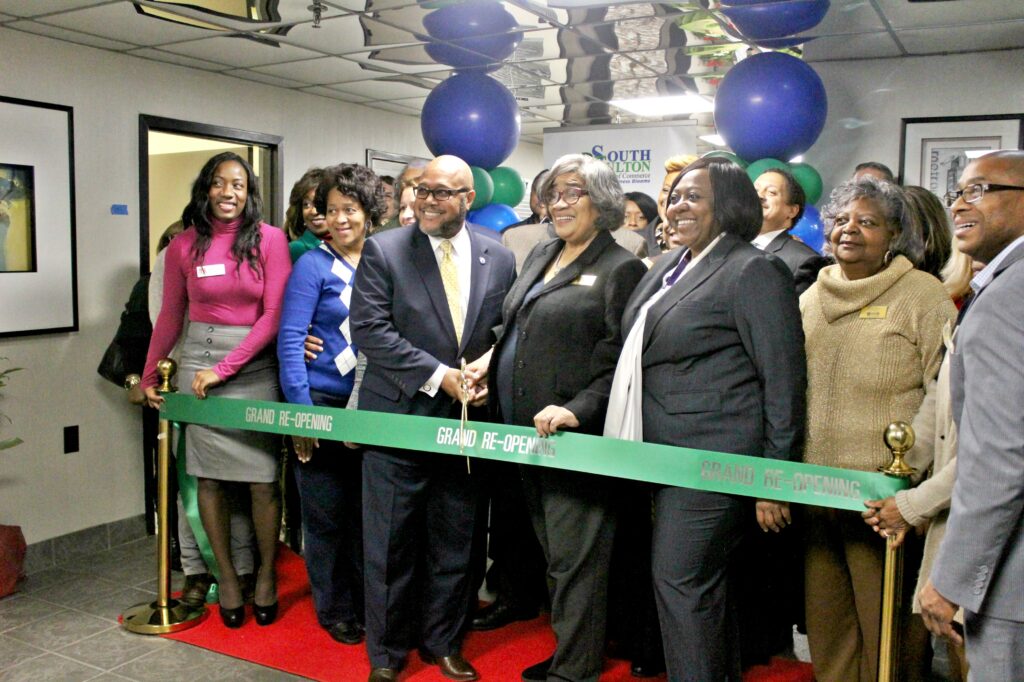 The South Fulton Chamber is on the move. The organization unveiled new offices in December and has been working on the relaunch of Leadership South Fulton.

The relaunch kicks off with Leadercast this Saturday, June 7. It’s one of the largest one-day leadership events in the world. The event brings a host of renowned speakers to South Fulton via a broadcast, including Gayle King, and Andy Stanley.

The event will take place from 9:00 a.m. until 4:00 p.m. at the Renaissance Gateway Hotel (2081 Convention Center Concourse). The programming distinguishes the South Fulton Chamber from most chambers in the country.

Dyan Matthews, president of the South Fulton Chamber, attended Leadercast last year in Alpharetta with guest speaker Mae Jemison. She said that while most chamber leadership programs focus on issues that are prevalent in their own backyard, Leadercast gives professionals access to best practices and proven strategies that are being followed and implemented around the world.

“The last Leadership South Fulton was in 2007 so it’s been our goal to get this organized, and we’re really thrilled that we’re kicking off with Leadercast,” said Matthews.

While Leadercast marks the relaunch of Leadership South Fulton, the Chamber’s other programming has remained consistent over the years. The Chamber has hosted South Fulton day at the Capital along with a legislative lunch to bring citizens to the table with their representatives. The Chamber has also hosted shredding events and launched an education committee to take on the task of fighting for equity in South Fulton schools.

In 2019, the Chamber plans to launch a new South Fulton marketing guide. Funded by the Development Authority of Fulton County, the guide is designed to help attract businesses from key countries, including Brazil, China and the United Kingdom.

The Chamber is also focused on programming for millennials in 2019, as well as its Women Mean Business program, which is part of its Woman University.

More information about the South Fulton Chamber is available at www.southfultonchamber.com.

Photo: On December 11, 2018, the South Fulton Chamber celebrated the opening of its new offices at 4405 Mall Blvd. with Union City Mayor Vince Williams.