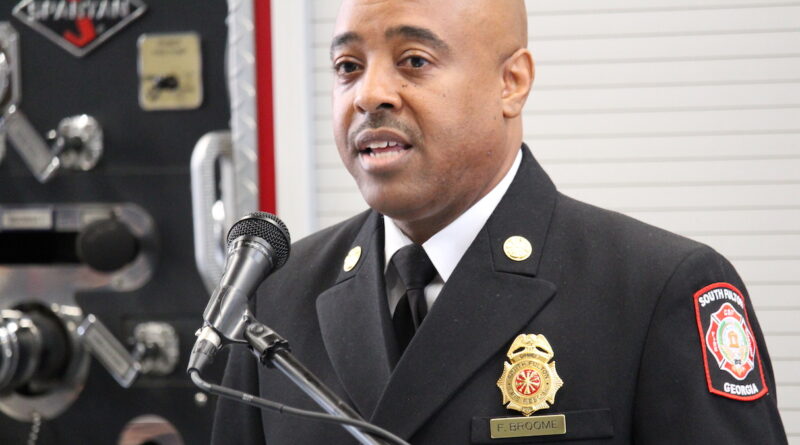 Broome is highly respected throughout the state. He was named Fire Chief of the Year at the 2019 Georgia Fire Service Conference last September and recognized at the State Capitol earlier this year. His career in fire service spans nearly 25 years.

“It was an honor to serve the members of the South Fulton Fire & Rescue Department and the great citizens of the City of South Fulton,” said Broome. “Thank you for your support and encouragement.”

Since his arrival in South Fulton, Broome has implemented a cancer reduction program and a health and wellness program, including annual firefighter physical exams. He also created the city’s first health and safety officer position.

Also during his tenure, the department purchased new firefighter equipment, including self-contained breathing apparatus and turnout gear and implemented a standardized a process for hiring and promoting firefighters.

Broome leaves a quickly growing department. According to the department, 44 firefighters were hired in the past 6 months, the number of fire inspectors has also been increased and 20 fire rescue personal have received advanced EMT training.

In a Facebook post, the South Fulton Fire & Rescue Department wished Broome well in his next chapter, and characterized him as a team player with a positive attitude.

Sterling Jones, who joined the department on February 3 as a deputy chief, will be the new interim chief. He officially assumes the role on April 6.

Editor’s Note: An earlier version of this story incorrectly stated that Chief Broome will be the statewide fire member services director. The story has been updated to reflect the correct role. 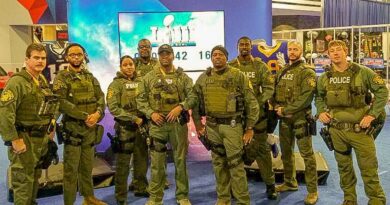 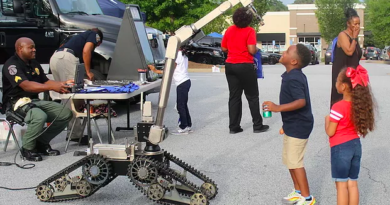 South Fulton to Host National Night Out on August 6

July 24, 2019 cosfobserver Comments Off on South Fulton to Host National Night Out on August 6 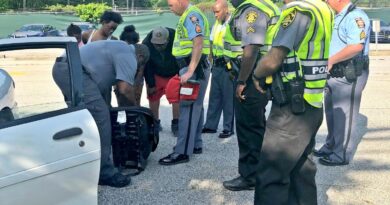