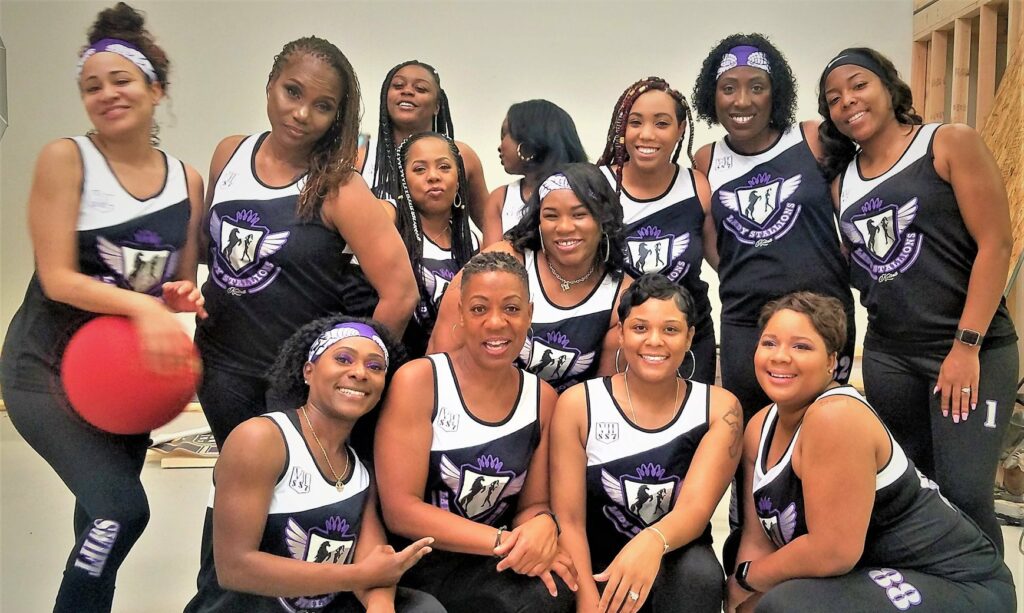 Now in its third year, the Lady Stallions Kickball Team is on a roll. The program provides women in the community with a fun way to stay in shape and make new friends.

The team plays three seasons out of the year, and this spring went 7-0. Later this month, the Lady Stallions will kick off the fall season, and all women ages 18 and up are welcome to join in on the fun.

“We fellowship, network and support each other, and help each other stay fit,” said Delphine Knaff, a 50-year old South Fulton Lady Stallions team member who plays pitcher as well as other positions. “We’ve had women in the league that are 60 and 70 years old, your age doesn’t matter.”

While the team has strong presence in South Fulton and routinely practices at Sandtown Park, there’s technically not a kickball league in the city. The Lady Stallions currently play in leagues in neighboring municipalities, but they are hopeful that with the support of local leaders and the Parks and Recreation Department they’ll get their own league.

“Why travel somewhere else to do what we’ve been doing here for years,” Knaff said.

For Knaff, being on the team has been an overwhelmingly positive experience. She says the community would not only benefit from a locally-based women’s league, but also co-ed and youth leagues too.

The Lady Stallions Kickball Team is a nonprofit organization and welcomes the support of volunteer coaches and sponsors. Women who wish to join the team for the fall season, or future seasons, can reach out via the team’s Facebook page or by calling Coach Nick “The General” at 678-887-0117.