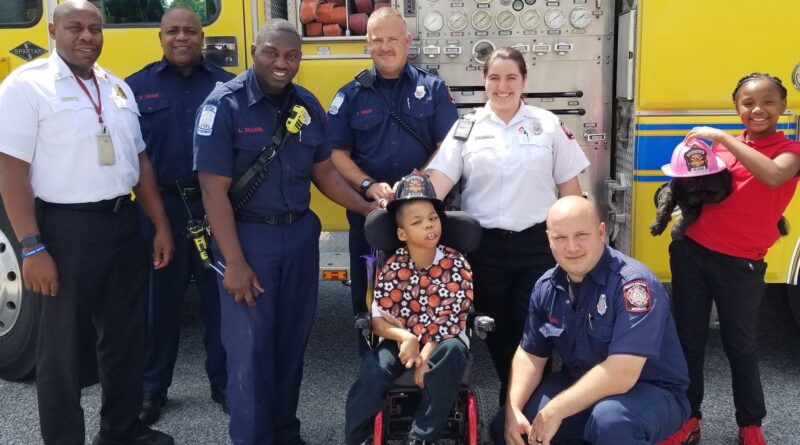 Since 2012, Sunshine on a Ranney Day has been renovating homes for children in need. Now one deserving South Fulton family is benefiting from the organization’s generosity.

Landon Milligan, age 9, had a successful heart transplant at just six months old. But a year later, he suffered from bacterial meningitis, which caused brain damage. As a result, Landon is non-mobile and non-verbal, but communicates through laughs and smiles.

Some of Landon’s favorite pastimes are spending time outside in the sunshine and shower time. To help make shower time easier for Landon and his family, Sunshine on a Ranney Day in partnership with Make a Wish Georgia is completing a total bathroom renovation.

The nonprofit’s bathroom renovations are a $35,000 investment on average and are tailored to match each child’s personality and needs. They include additions such as zero-curb showers, accessible vanities and other modifications.

The donation of the renovation is especially meaningful and timely as the Milligan family lives in the Chestnut Ridge subdivision. The community was hit hard by a tornado last March. The Milligans suffered nearly $20,000 in damage.

The project is already underway, and it’s a community effort. South Fulton Fire Rescue recently visited the home to help bring it up to code, provide nine additional smoke detectors and spend time with the family.

Once the renovation is complete, the Milligan family has plans to invite the entire community out to celebrate the big reveal.

“We want it to be a big community celebration,” said Michelle Milligan, Landon’s mom. “It means the world. This is huge for us and the special needs community.”