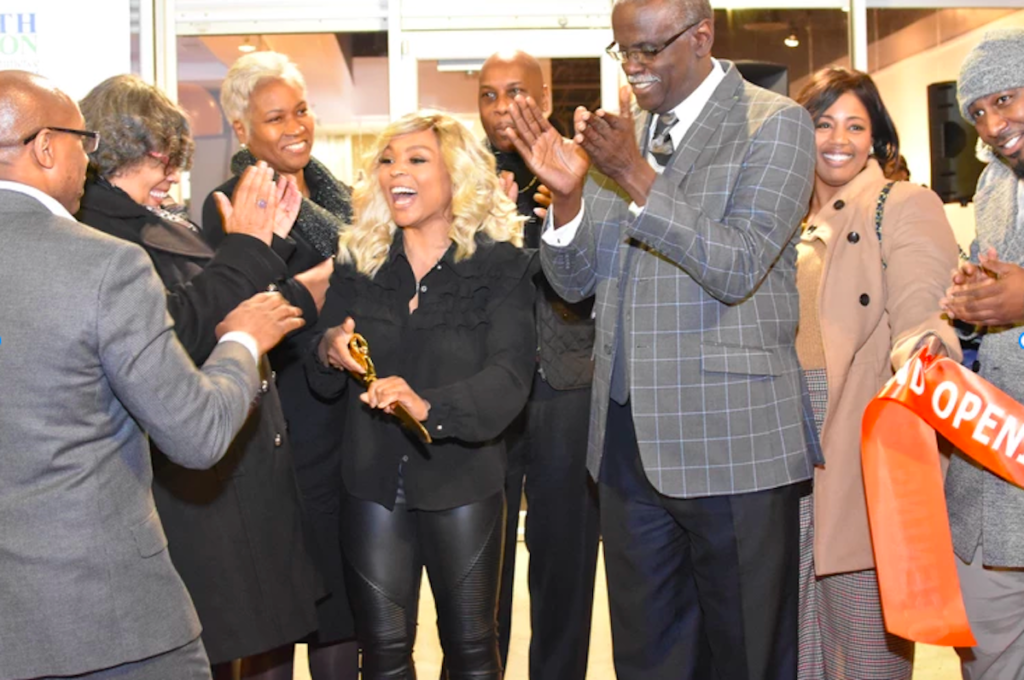 Gocha Hawkins, owner of Gocha’s Breakfast Bar, has plans to open a tapas bar in April. The new restaurant will be located at 5829 Campbellton Rd. in the Sandtown Crossing development anchored by Publix.

The restaurant will have a 1,500-square-foot interior and a 2,100-square-foot patio. Among the items planned for the menu include shishito peppers, Impossible sliders, stuffed crab mushrooms, fried green tomatoes with crab salad, cauliflower tacos and lobster rolls. The tapas bar will also have a full bar and cocktail list.

In a statement to the media, Hawkins said that she hopes that Gocha’s Tapas Bar will be a “space where locals and visitors to the community can get together, socialize and enjoy themselves.”

Hawkins, a native of Detroit, Mich., first rose to fame as a celebrity hair stylist. Some may recognize her WEtv’s “LA Hair,” which she appeared on for three seasons. She is the owner of Gocha Salon in Midtown and her client list includes Kandi Burruss, Nicki Minaj, Serena Williams, Beyonce and Drake. and starring on WEtv’s “LA Hair” for three seasons.