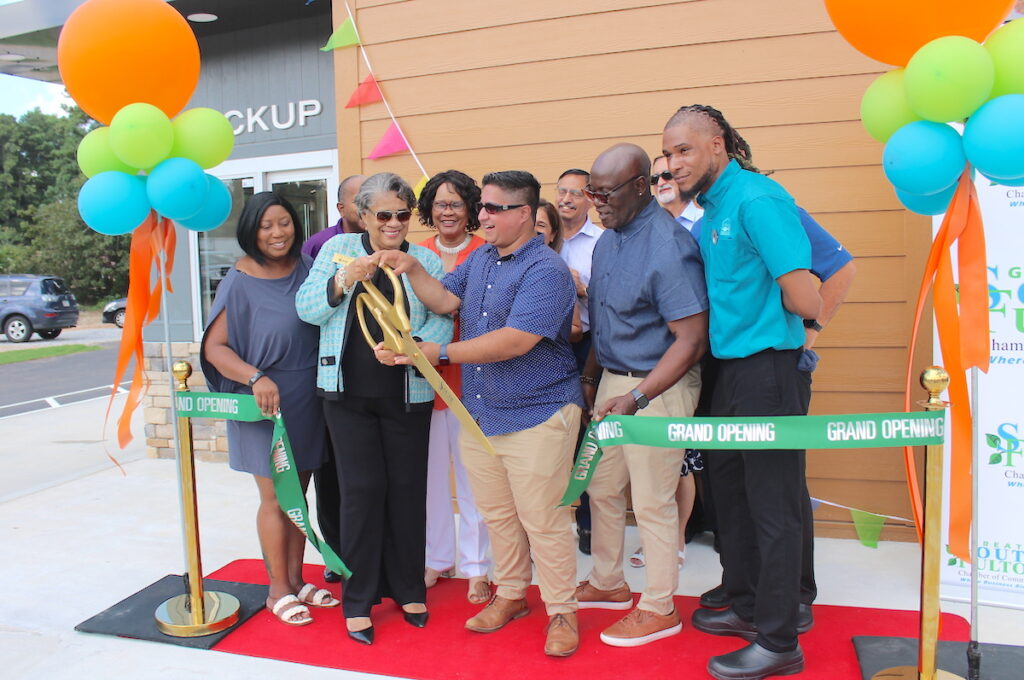 During the pandemic, Captain D’s was among many fast-casual chains forced to close their dining rooms in an effort to adapt to CDC-recommended protocols. Due to the successful pivot in operations, the new restaurant prototype was born. Captain D’s Express has a limited menu, significantly smaller footprint than other locations, and features only a drive-thru and walk-up windows for ordering and picking up.

“We are excited to have one of our favorite restaurants come back to the community,” said Tamiko Levertte, legislative aide to South Fulton Councilmember Corey Reeves. “And we love that they’ve decided to put it here in District 5.”

“Since joining Captain D’s only two years ago, I have been eager to continue growing with the brand given the tremendous success we’ve achieved with our first two locations that we opened within a year of each other,” Dossani said.

“When we learned that there was an opportunity to bring the brand into the metro area of Atlanta and grow our market share, we jumped at the chance. Captain D’s has been an incredible franchisor, providing us with unparalleled support since we signed our first agreement; we couldn’t be more thrilled to further develop our portfolio and bring the first Express locations to the greater Atlanta area.”

Ikenna Nwoke has been named general manager of the location and was onsite at the grand opening celebration to welcome members of the South Fulton community. He’s worked with Captain D’s and Dossani for almost four years. And he says that patrons can expect fresh-to-order food, top notch hospitality, and fast and efficient service.

Nwoke has extensive experience in the fast-casual food industry, and has held roles with severa brands including Checkers, Steak and Shake and Shake Shack. When asked what advice he has for other young professionals aspiring to be general managers, he said they the key is determination.

“Don’t give up,” he said. “It involves a lot of patience. As long as as you have the patience and drive to do it, it’ll come right to you, and it will land in your lap before you know it.”

Future Development in the Area

In addition to being a multi-unit operator with Captain D’s, Dossani is also developing the parcel adjacent to the Express location. He said that it could potentially be a Buffalo Wild Wings concept.

“Buffalo Wild Wings has reached out to us about their new to-go concept, which is very similar to Wing Stop,” Dossani said. “It would be Buffalo Wild Wings’ first to-go restaurant and would include a drive-thru.”