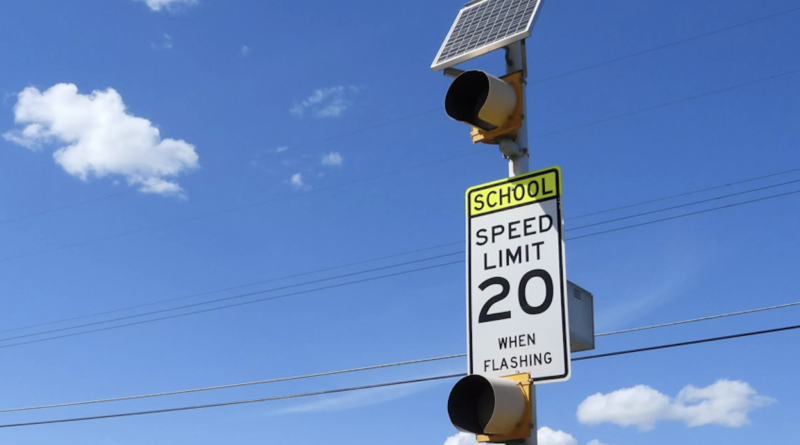 Ahead of the reactivation of South Fulton’s school zone cameras on Aug. 8, motorists in the area are being encouraged to slow down.

South Fulton first launched the Ren’gia Majors School Zone Safety Program in 2019. Majors, an 11-year-old Sandtown Middle School student, was killed in 2018 in a traffic accident in front of the school. Cameras now monitor speeds in 14 school zones throughout the city.

City officials partner with Blue Line Solutions to manage the program. The number of cars traveling through South Fulton school zones has been reduced by approximately 25,000 annually, and the number of tickets issued has also substantially decreased.

Following Georgia law, the school zone cameras monitor speeds and issue citations during the regular school day on weekdays. For an hour before and after students arrive at and leave school, a speed limit of 25 mph is in effect in all school zones. Flashing lights should alert drivers to those times.

During the rest of the day, drivers must follow posted speed limits, which vary among the school zones. Drivers caught speeding are fined $100 for first offenses and $150 for subsequent violations.

“If the lights are flashing, keep your speed at 25 mph or under,” said Police Chief Keith Meadows. “At all other times, follow the posted limits. To put it simply, just slow down.”

Meadows pointed out that while the system does not issue citations outside of school hours, motorists are subject to traffic stops by patrol officers. In addition, police officials use data gathered by the cameras 24 hours a day to determine where extra patrols are needed.

Speeding in school zones is an issue statewide, not just in South Fulton. Over the last decade, nearly one-third of child pedestrian fatalities occurred between 3 and 6 p.m.

AAA launched the School’s Open Drive Carefully awareness campaign  in an effort to prevent school-related child pedestrian traffic crashes. Spokespersons for the campaign offer several tips for motorists in an effort to save young lives.

“If parents and other driver’s follow these simple rules when driving in and around schools zones, countless children can avoid injury and death,” said Garrett Townsend, Georgia Public Affairs Director, AAA-The Auto Club Group. “It’s up to us to help all drivers become more aware of the risks of driving around our schools.”